On the basis of the TPA3132D2 of Texas instruments, a small 50 50W is amplifier in the pipeline.

The unit is suitable for the housing DP5050 as well as DP5031 (Dangerous prototypes / Seeedstudio). The former as "amplifier" potentiometer 3.5 mm jack, the latter as a miniature version with input-side pin strips. Potentiometer and input jack can thus be used as remote unit. 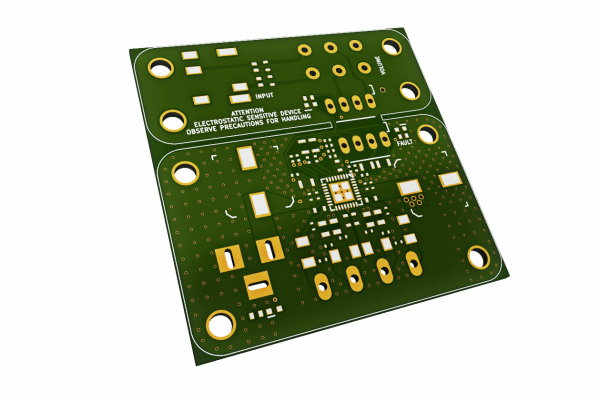 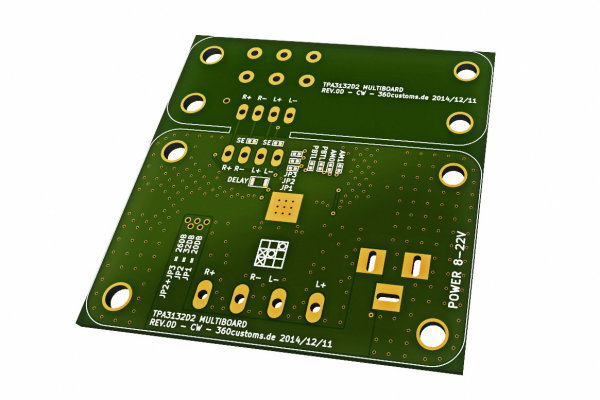 Pitfalls in the datasheet

The part circuit "MUTE driven by inverted FAULTZ", won't work as shown in the data sheet of the TPA3132D2″.

A properly functioning circuit is described in the data sheet of the TPA3116D2. 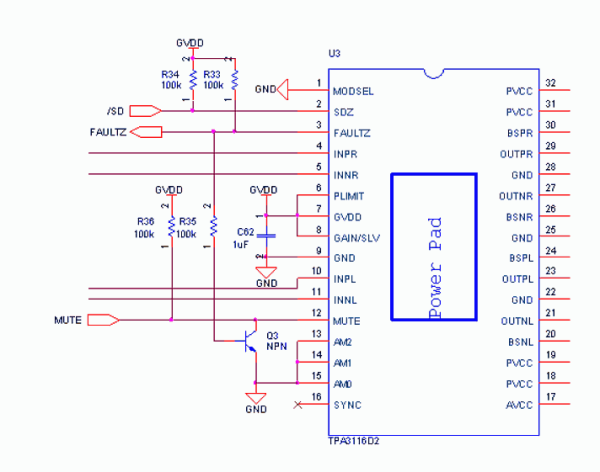 The maximum current which FAULTZ "may fall" is not specified in the data sheet. This maximum is 5mA.

It is to note that the circuit by GAIN/SLV, according to data sheet, as shown, is not specified in either case.

The time in which the outputs are "muted" at startup is not also specified. This is 14ms. 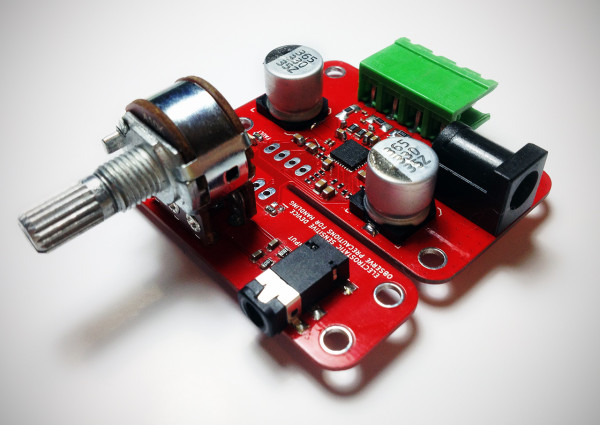 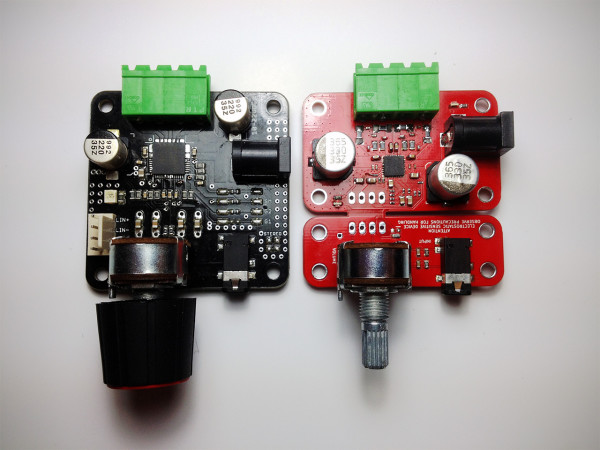 Enclosure packed in a DP5050 building is to: 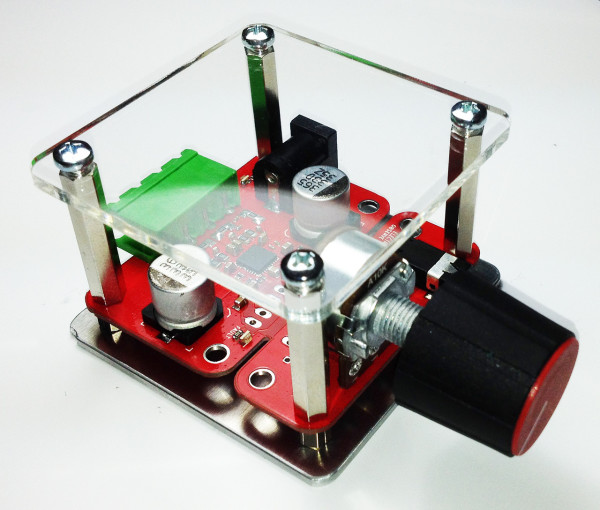 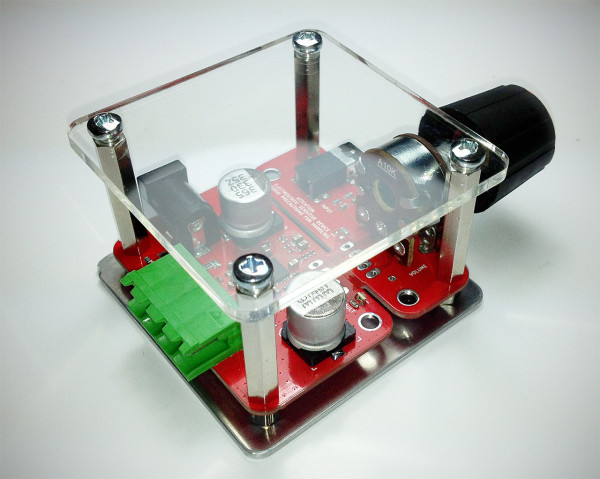 Compared to version 0 d, the Board strength was raised to 1.6 mm, to counteract the Mikrophonieverhalten of MLCC (ceramic capacitors). In addition, an "anti-pop circuit" is integrated, which reliably prevents switching on / off thumps. The system is thermally stable and shows great reserves of power. 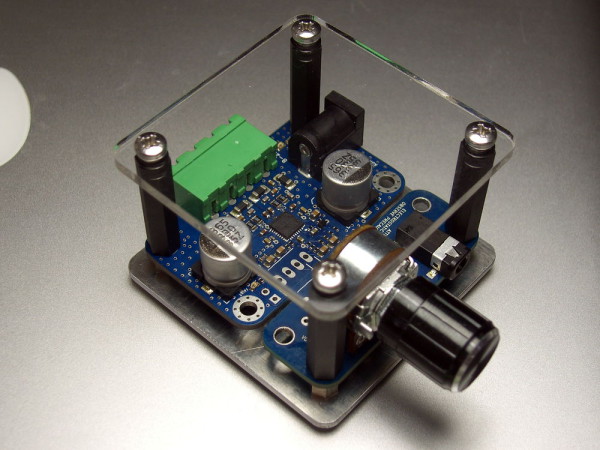