PC 7 is a multilayer film consisting of three emulsion layers selectively sensitive to blue, green and red light. A yellow filter dye is embedded in the top layer to shield blue rays from the middle and bottom layers. A green antihalation layer is applied to the back of the film, which is removed during processing. In addition to the silver halides, each emulsion layer contains colorless dye formers which couple in the color developer to form image dyes. A partial color image then remains in each layer in the colors complementary to the sensitivity. A colored positive is obtained after complete processing in accordance with ORWO regulations. The ORWOCOLOR positive film PC 7 is shown schematically below.

The ORWOCOLOR positive film PC 7 serves as a copy film for flat graduated negatives, with and without a mask. Its color balance is kept in such a way that the lowest possible copy filter values ​​are required for copying mask negatives. The color copy can be made in the known way with filter strips containing gray filters and ORWOCOLOR control foils, or by additive filtering of the copying light. The gray filters and the control foils are supplied in the usual density gradations by VEB Filmfabrik Wolfen.

When copying the tone from the tone negative onto ORWOCOLOR positive film PC 7, the ORWO blue filter 65 should be used. The sound track is redeveloped, it consists of silver and dye. 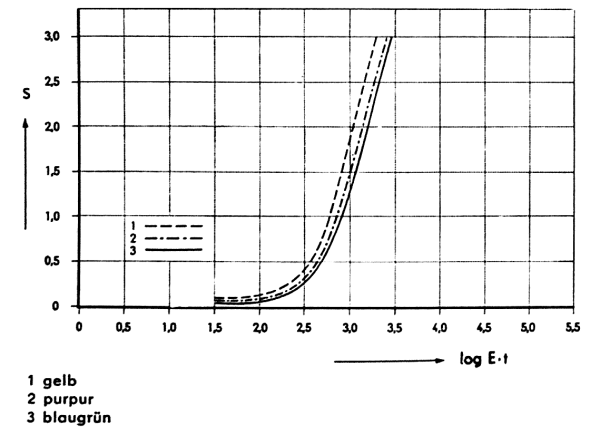